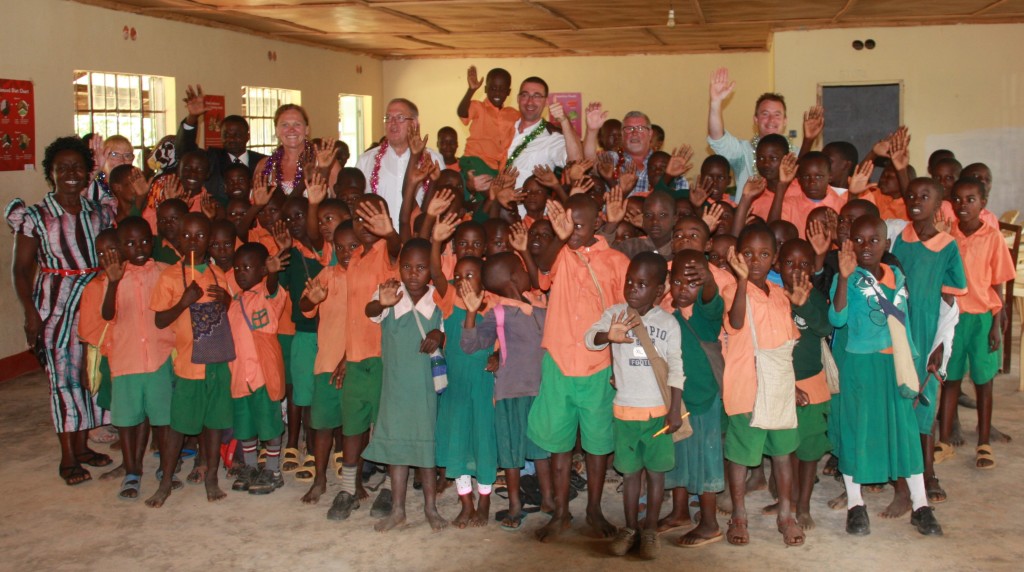 SAVE CHILDREN OF HOPE ORGANISATION is a non-profit and non-political establishment initiated by Susan Nandwa based on her childhood experiences.

The organisation is in charge of a feeding programme for underprivilged primary school pupils in Ebutayi and Eshitoyi Primary School in Western Kenya.
Susan formed the organisation after sharing her experiences with members of the community in  Ostend, Belgium. SAVE CHILDREN OF HOPE ORGANISATION was registered in December 2008 and it intends to support as many children as possible.
Susan thought of forming the organisation after going back to Kenya to visit her family and the villagers. While in the village, Susan noted that the problem of school children going to class on an empty stomach still persisted.

"I saw the problem in the eyes of the children," says Susan. It was not easy for Susan because she knew that the children were going through the same problems she had experienced.
Her experience of going to school on an empty stomach, lack of school fees, slum life and other problems reminded her that she was obliged to make a difference in the lives of the children.
Shunned by relatives and friends after dropping out of school and engaging in odd jobs, Susan had vowed not to let any child go through the same intricacies.

She was touched with the plight of children back in her village.
Susan thought of how she could give back to the community and how best she could assist the poor children to pursue their education.
It was then that the idea of forming SAVE CHILDREN OF HOPE ORGANISATION was hatched and got the backing of community members in Belgium.

Back in Kenya mama Grace Okiya who assisted Susan to join Secondary school also welcomed and supported her ideas. Mama Grace appreciated the honour and the blessing of reaching to other needy children.

The organisation was started in Belgium and in Kenya simultaneously as a vehicle to assist destitute and orphaned children who are unable to attain education due to lack of food and other basic needs.

After consultations, with members in Belgium, SAVE CHILDREN OF HOPE was officially launched in Belgium on December 14, 2008 at Zandvoorde in Ostend. A Kenyan buffet was prepared and over 250 people turned up to enjoy the meal. Susan gave a speech that touched the hearts of many people. From there the organisation started raising money to support the needy children. It has identified 162 children in two primary schools (Ebutayi and Eshitoyi).

"Yes, the free primary and secondary education by the Kenyan government is highly commendable, but one cannot learn on empty stomach, neither one can go to school without a uniform." says Susan, while stressing the importance of the organisation whose mission is to feel the gap and supplement the government's efforts in offering a conducive learning environment.

SAVE CHILDREN OF HOPE  ORGANISATION was officially launched in Kenya on Friday 13th of March at a colourful ceremony graced by the minister for planning and vision 2030 Hon. Wycliffe Ambetsa Oparanya. The minister is also the member of parliament for Butere constituency where the project is situated. The launching was witnessed by officials from the Belgium chapter of the SAVE CHILDREN OF HOPE and local media. The organisation started with providing school uniforms and has put in place a feeding programme for the selected 62 children.
SAVE CHILDREN OF HOPE ORGANISATION members hailed Susan and described her as a great achiever and a living testimony of how one can be uplifted from nothing to the all very important person in the society.

"It takes a hard work and determination for one to succeed in life," says Susan.

Life has never been easy for her and she notes that for one to make it, they must not give up while chasing their dreams.

The organisation welcomes people of all walks of life (religious and non-regilious).